portal to the dreamtime

After being inspired by the events at Findhorn, Scotland, where communication with nature spirits occurred, John was guided to purchase a 90 hectare property near Melbourne. In his spare time he built a house there, and in 1980 moved in with his wife and three young daughters. For a few years it was an idyllic existence, then suddenly everything changed.

John discovered that the land had some very unusual geographic and geomantic features. It also contained several Aboriginal ceremonial sites. John's interest in spiritual matters had been triggered by channeled communications received some years earlier at the property through a group connected with Findhhorn. His wife, who was not sympathetic, moved out, and he was left with court proceedings, large debts and little income. So began an incredible journey that took him to levels of great joy and to depths of despair. Part of his journey was to confront his demons, to release old attachments and fear- based beliefs that no longer served hm. This enabled him to enter into an expanded reality.

Being clairsentient, John could feel the energies in the land and the presence of spirit entities. This ability also acted as a guidance system to ensure he stayed on the path that he had chosen. He discovered new cosmic energies that appeared in the land, and he was able to identify their purpose and work with them. One of those energies was the equal sided cross, the symbol of the incoming Christ Light.

Many people were guided to assist John with his Light work. Channeled communications were received from Spirit entities, sharing their wisdom and clarifying the purpose and the destiny of mankind. A common theme was the coming of the Christ Spirit. Many times Spirit demonstrated its love, its power and its authenticity with miraculous events and the foretelling of future events with precise accuracy. We are shown that we are creative beings, that we create through our belief systems, both conscious and subconscious. By acknowledging the spirit that we are, and that we are part of the Creative Source (God), we become empowered and fully conscious.

At the present time in the year 2017, the world is in crisis both environmentally and socially. Lifting the Veils attempts to offer answers for those who will listen. The need is great and the time is NOW.

The book explains how a shift in the Earth's magnetic poles will occur on March 2, 2019. As stated in Keys of Enoch it will be catastrophic for many people. It is also the beginning of a new phase in the evolution of human consciousness. The world financial system will collapse.
This is where it gets a bit weird because it is also the day when the Aquarian Cross energy I anchored into the land at Oasis 26 years ago, covers the entire planet. It currently covers 99.94% (February 16, 2019)..

TO ORDER COPIES GO TO david.h@galaxyprint.com.au

Portal to the Dreametime by John Koch

A building engineer moves from Melbourne to the Wathaurong Aboriginal people’s sacred land in Portal to the Dreamtime. John Koch’s faithful  record of contemporary white spiritualists healing the land where Aboriginal Australians once flourished.
The book details the spiritual efforts and phenomena that occurred in the 1990s at the home Koch built with hand tools near Bacchus Marsh, Victoria. Aboriginal spirits had become trapped there in the astral plane after death. “Their anguish was so great that their energy becam like a black cloud over the continent pulsating that energy and its emotional power down to the living people”. Koch writes. A small group of friends channel 400-year-old Wharumbidgi who guides them through their meditation practices to free the trapped spirits.
An engineer’s meticulousness shows in the dutiful transcription of the conversations with Wharumbidgi are fascinating if ample pleasantries impact readability.
With sparse personal details to contrast the spiritual conversations, it can be hard to get a sense of Koch and his friends. The narration comes off as confident and well-spoken. His struggles, though, are mentioned only as asides. In that way the book is not the full story oe their community so much as it is a document of spiritual conversations.
Compelling scenes include one in which Koch impulsively starts a brush fire; he is later told through channelling that the fire set trapped Aboriginal spirits free from the land and into the Dreamtime in a dramatic way.
Also interesting are the spirit’s differentiation of  men’s and women’s places on the land; of gender roles in Aboriginal society, and the way a woman goes off on her own to commune with the women spirits about “women’s business” including healing practices.
It’s worth a note that actual surviving Aboriginal people play little role in the story; the spirits guide the team to focus on redirection of spirits and healing the land. Koch’s cultural analysis seems sound to an inexpert ear, but it would behold more weight if diverse sources backed up his thinking. Color photos mixed in the text reveal an inspiring landscape, the heroes of the story, and specific sites and events of spiritual significance and communing. Drawings of spirits are wonderful.
This book will be of interest to seekers and to those who and to those who listen to the earth and yearn to reflect on damage white settlers have done to Aboriginal people. Koch gives advice about how to process the messages of channelled spirits. “A good rule of thumb is to observe within the feelings that the words evoke as they are heard or read. If they touch the heart they can be trusted”. So too if the message of protecting the earth and spirituality undoing generations of wrongs touches the heart, then this is a book of interest.

The way you tell your story is fascinating and detail-oriented making your readers feel they were actually there. You share an eye-opening account of the gift that you have. The experiences that you and your friends have is something totally new. It shows a painful and very hurtful recount of what man has done to environment and who (or what) are suffering because of all these wrongdoings.
Readers also learn quite a number of life lessons. For example, the values of trusting ourselves, trusting our spirits, taking responsibility and accountability for our experiences. All these help readers become better and stronger people in general.
Basically the book is a very interesting read. It can actually make one think about what they have done to either help or destroy Mother Earth. It makes people think twice about their actions and what consequences they could lead to.

Portal to the Dreamtime is a true story about communicating and working with spirit in the form of discarnate entities or units of consciousness. The events described and the logic of their purpose provides compelling evidence of the validity and relevance of spirit in its various manifestations. Spirit demonstrates its power and its wisdom through the spoken word, through its ability to inspire and influence, and even by manipulating physical objects. It shows how we are all connected and how creative we are by virtue of that connection. It reveals our potential and our future destiny if we can meet the challenge.

The background story is about the trauma and ongoing impact experienced by the Australian indigenous people as a result of European settlement. Wharumbidgi is the guardian spirit of the Sacred Site of the Sleeping Serpent. Through the power of Love, a Portal is opened for the release into the Dreamtime of disempowered aboriginal spirits. Wharumbidgi oversees the gathering of spirits from all over the country, and a dark shadow hanging over Australia dissipates. Reconciliation between black and white hierarchical spirit takes place in the etheric and quickly translates to people on the ground.

Wharumbidgi last incarnated about 400 years ago. He shares with us his knowledge and some of his cultural traditions that enabled his people to live successfully for over 40,000 years. He expresses the wish that we understand who his people were before everything changed. Hopefully the rest of us can learn from them and modify our attitudes and actions that we might become more empathetic to each other and to our environment. He also acknowledges the coming of the “White Power”, the Christ Spirit. 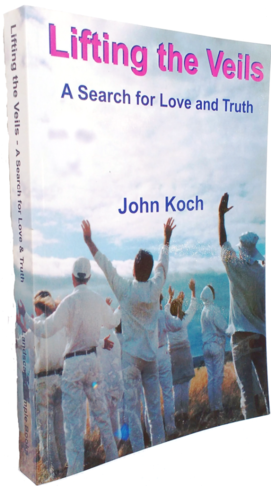 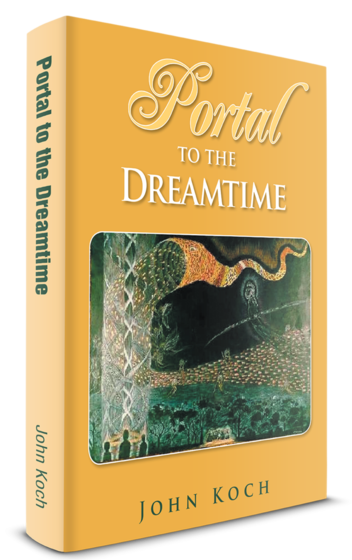