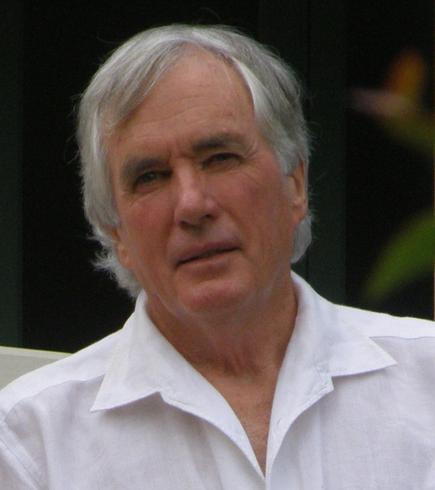 John Koch was born in 1935 and spent most of his early life in Melbourne. He was educated at a private school and graduated from Melbourne University with a degree in civil engineering. He worked as a structural design engineer until 1977 when he started his own practice designing and building pole frame houses. He built his first house on his ninety-hectare property 45 km northwest of Melbourne.

He discovered that the land had some unusual geographic and geomantic features, as well as several Aboriginal ceremonial sites.

Lifting the Veils and Portal to the Dreamtime relate John’s involvement in the extraordinary events that took place at Oasis Anu Ta.

John discovered he was clairsentient, and he used that as a guidance system to identify and work with the energies in the land. With the help of new friends, he received channeled information and was guided through experiences that enabled him to move into an expanded reality.

His spirit guides assisted him through some difficult times by describing events that were part of his future.  Always cautious and discerning, he learned to trust his spirit friends. They revealed to him future events that will soon impact the entire planet. The most significant predictions concerned the coming of the Christ Light.